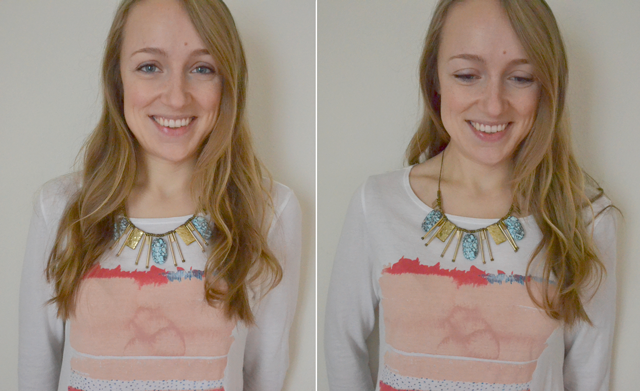 After making this necklace, plus one for my mom, I had all of two gold pieces remaining.  As the rule of thumb goes, items in ‘odd’ groupings (rather than ‘even’) are more pleasing to the eye.  Therefore, I knew I would need a few beads that read stronger than these gold pieces, in order to create the necessary balance.  While I was hoping to making a bracelet, I realized that all of that bulk would end up bothering me (and would probably having me standing lopsided), so down the necklace route I went.

As it turns out, I had all of the beads that I needed on hand.  (While I’d like to attribute that to resourcefulness, in reality, it’s probably because I’m a craft supply hoarder…but, I digress.) I had recently bought these blue beads on impulse, and thought that they would be the perfect ‘statement’ piece for this necklace.  Add to the mix some tubular beads, which I got from deconstructing a thrifted necklace, and some square beads that were leftover from this project…and bada-bing bada-boom, a necklace was created.  Well, that is if you want the spark notes version.
Truth be told, I had a go-around with this necklace.  Turning the tubular pieces into vertically oriented beads required a fair amount of finagling, and the need for a craft store run (to think that for once, I could complete a project without one…silly).  Then, after having strung the beads on chain, to the result of a sloppy mess, I had to restring it on wire to give it the support it needed (which of course led to another craft store run).
The trials were worth it though, as I am so pleased with how this necklace turned out.  Plus, I learned a few things along the way, which is always a bonus; and practiced some patience, which I suppose is healthy.  😉  See the steps I took below… 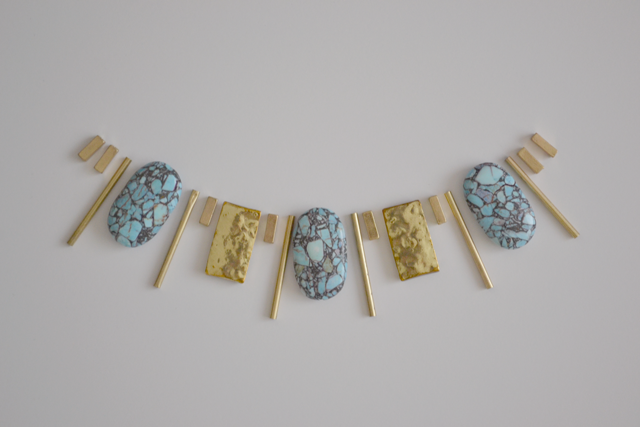 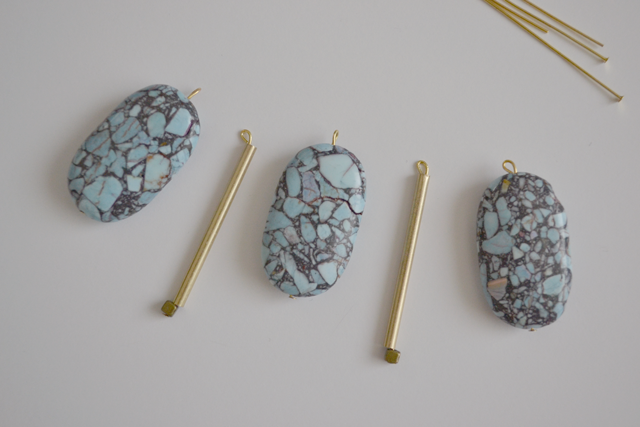 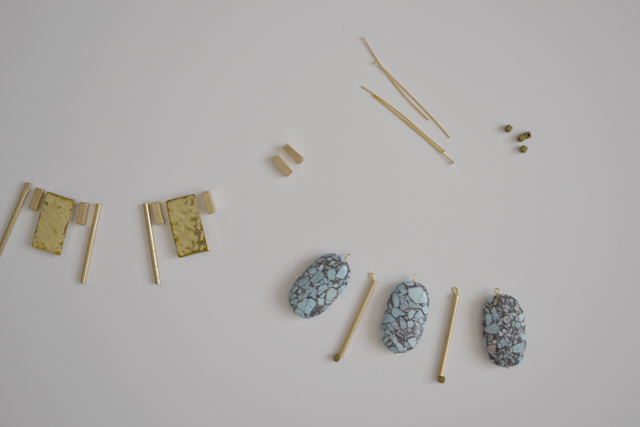 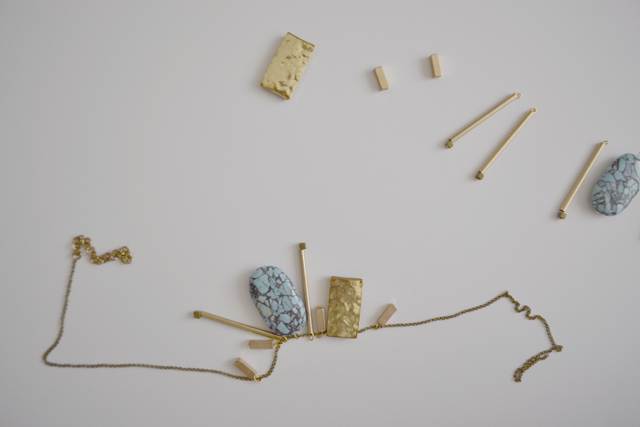 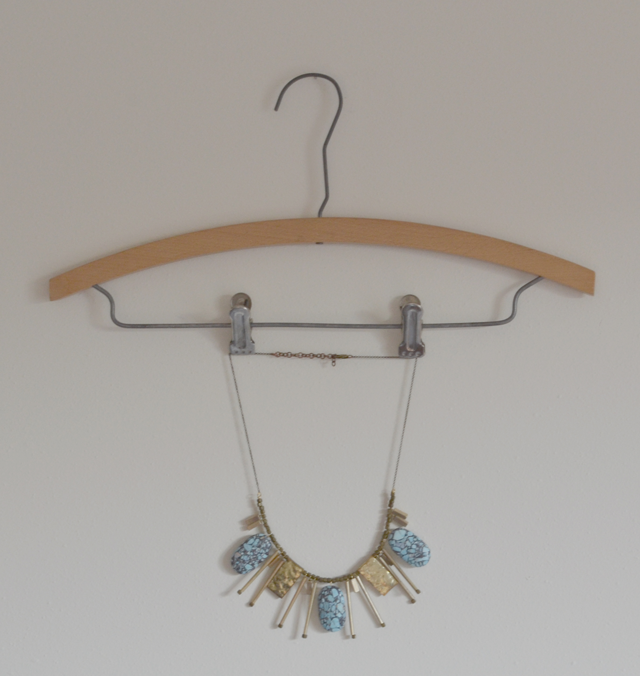